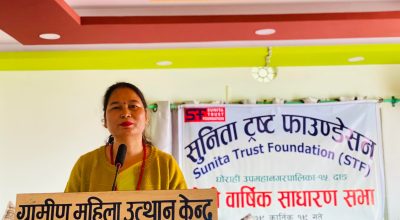 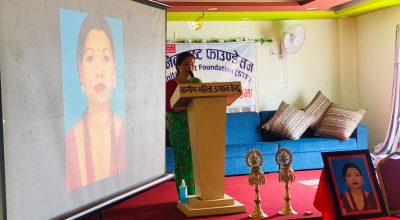 The annual assembly was presided over by its founding chairperson Aasmani Chaudhary while its chief guest was Saugat Bir Chaudhary who formally inaugurated the program by lighting the wick lamp on the occasion. 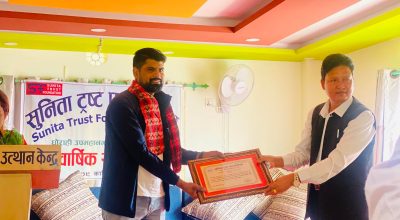 The program which started at around 1 pm with the welcome speech of Basanta Pun at the conference hall of Gramin Mahila Utthan Kendra (Rural Women Development Center -RWDC) in Ghorahi was attended by more than 50 participants including board members, life members of STF. staff members of RWDC, former board members of RWDC, and staff of Aatmanirbhar Laghubittiya Bitta Ltd. 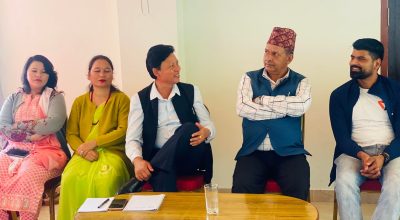 Kamala Sharma-Facilitator of STF presented her annual progress report about STF while STF board member Meera Chaudhary presented the financial audited report before the annual assembly. Both reports were passed by the assembly. 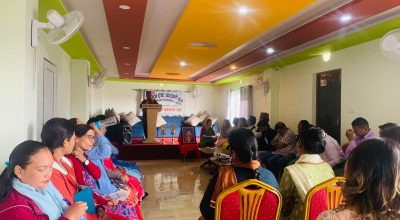 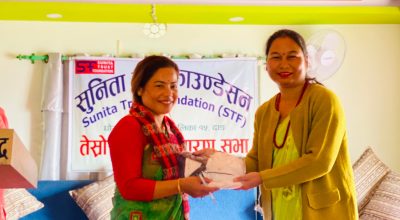 The assembly also witnessed the announcement of seeking life membership of STF for Sudharshan Chaudhary the son of Trishana Chaudhary ( by offering Rs 10,000 to STF fund) who is currently the Ghorahi Branch Manager of Aatmanirbhar Lagghubittiya Bitta Sanstha Ltd. 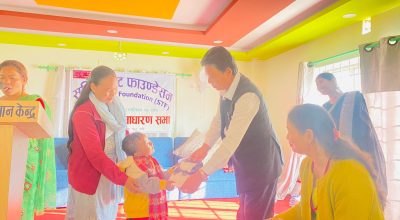 Another donation also came when RWDC staff and information officer Parbati Basnet declared that she would like to donate Rs 20,000 in the name of her late husband -Pramod Verma which will be given as a scholarship fee as a stipend to at least two students of class 11-12 every year from marginalized families. 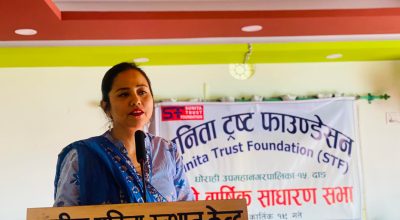 STF was initially conceptualized and founded after the death of a former founding member of RWDC -Sunita Chaudhary, who had contributed immensely towards the development and progress of RWDC. The STF formally came into existence in 2076 BS.

The STF assembly has also inducted two more board members including Bhuvan Pandey and Rajani Shrestha. With this STF board will be a total of 7 members. 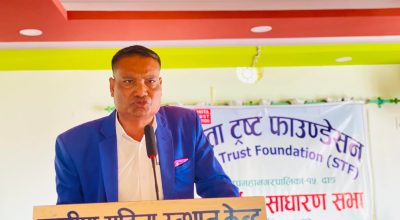 STF has been distributing school bags and educational materials as scholarships to the poor and needy children of community schools. Besides, orientation on the reproductive health of women, and adolescents, was being carried out in the past two years. The distribution of monthly menstruation cups also has been carried out in the Dang and Salyan districts with the support of Creating possibility Nepal and other stakeholders. 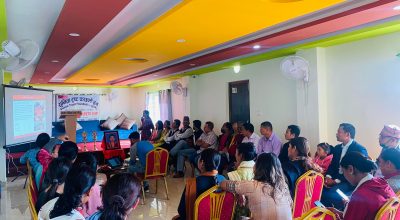 Distribution of sanitary pads to school children has also been carried out with the support and coordination of life member Rajani Shrestha in several community schools in the past.

see video in the link bellow: