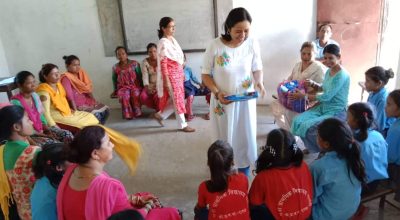 A founding member of the foundation Mira Chaudhary after organizing a program on Thursday said that sanitary pads are distributed free of cost to the school girls so that they do not feel uncomfortable in the school during menstruation. 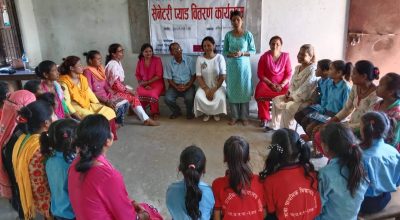 “There is a problem of female students regularly leaving class during menstruation,” she said, “so that such a problem does not occur, the Foundation has reached schools and distributed sanitary pads along with reproductive health awareness programs.” 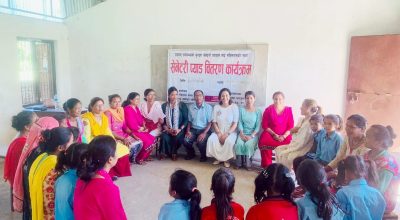 It has been distributing scholarships and educational materials to poor and orphaned children. In the reproductive health orientation and free sanitary pad distribution program chaired by Mira Chaudhary, the headmaster of the primary school Cham Bahadur BK said that this program will increase the motivation of female students towards their studies. 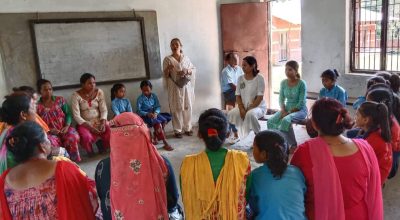 Similarly, he also thanked the Rural Women’s Development Center saying that problems such as leaving school during menstruation can be reduced and parents will also be aware of their reproductive health.

Social activist Rajni Shrestha (the main sponsor of the pad distribution program), Parvati Basnet of Gramin Mahila Utthan Kendra, and others spoke in the program, while the program was facilitated by Kamala Sharma, the facilitator of the foundation.