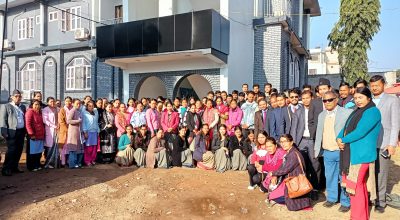 As many as 103 participants representing 21 branches and central office senior staff members were present during the training which was presided over by the founding chair Aasmani Chaudhary of Sunita Trust Foundation, Rural Women Development Center -RWDC, and Aatmanirbhr LBS. 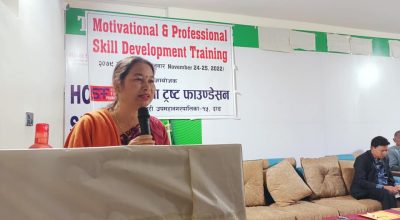 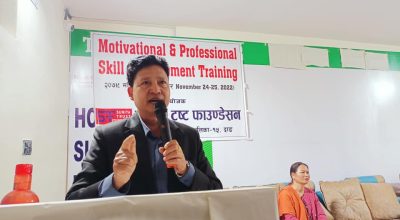 The second half was the training session delivered by resource person HB Thapa who discussed sales, product, business manners, dress code, and how to deal with customers on the front line. He also talked about values and added values that add to the values of the company. 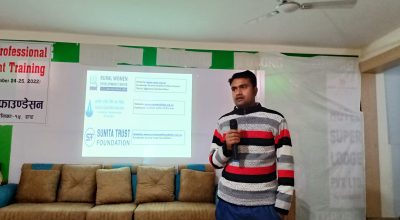 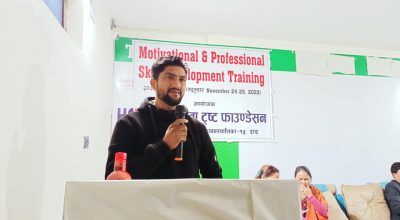 The second half of the session after lunch was conducted by resource person Bhim Kant Chaudhary who dealt with the cycle of human life and the time left for a person to do the services. He also talked about what is leadership. and how can personal or self-leadership be developed at the workplace and while working with the targeted community?

The second day’s first half was focussed on internal issues and problems faced by the microfinance company including how to deal with non-performing loans. 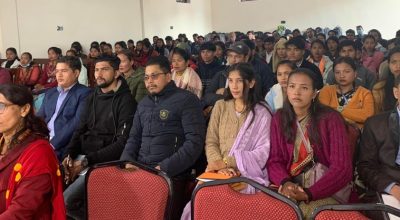 In the second half, senior staff members including Nirmal Chaudhary and Binaya Chaudhary presented various progressive reports of the microfinance company and urged the staff to commit to working more devotedly to reduce the non -performing loans and increase savings, deposits, and outstanding.