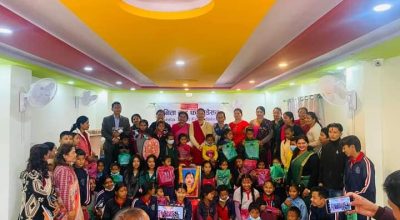 The program was chaired by its founding chairperson Aasmani Chaudhary while Saugat Bir Chaudhary the Chief Executive Officer (CEO) of Aatmanirbhar LBS presided graced the occasion as its chief guest. 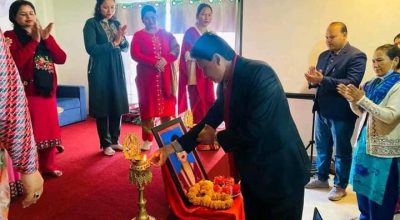 As many as 50 participants including schoolchildren from various government schools such as Kathekol, Rajhena, and Sarswati community schools gathered on this occasion. 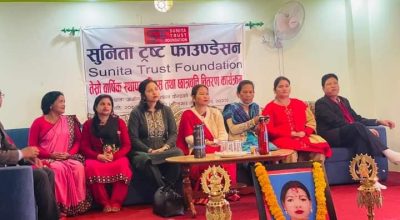 The scholarship distribution among the needy students of various schools comprised school uniforms and school bags. The students ranged from class one to class 10.

The program was addressed by various speakers including school teachers, the headmistress, student representatives, and staff of Rural Women Development Center -RWDC and Aatmanirbhar LBS. 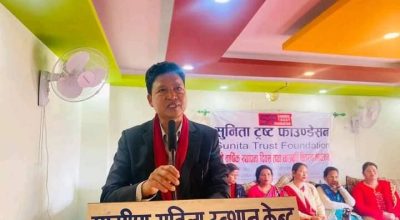 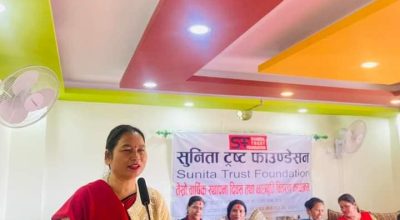 The youths as well as students representing 3 Zero also spoke on the occasion. The participants were also given away T -Shirt of STF as a token of love. 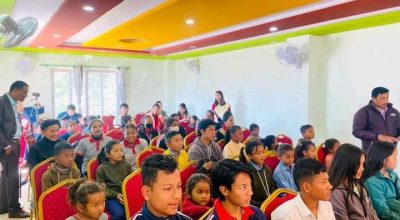 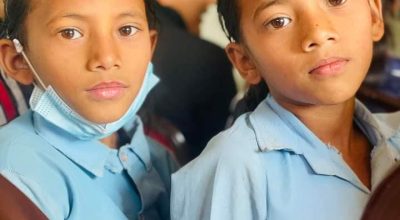 Most of the speakers praised the contributions made by STF within a short span of time and hoped that the STF will continue to serve society, humanity, and development in the future too.

The program was moderated by Parbati Basnet of RWDC. The concluding remarks were delivered by chief guest Saugat Bir Chaudhary and presiding chair Aasmani Chaudhary after which the program ended by 3pm which had begun by 12 noon. 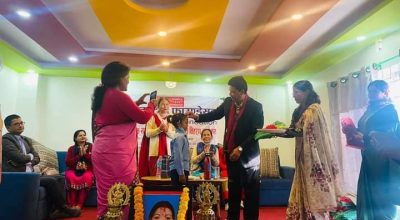 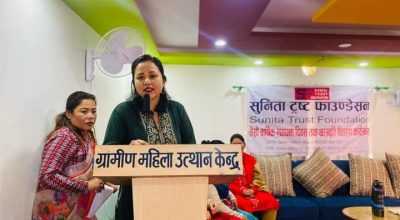 Also see this link for the news in Nepali